As a former data junkie, collecting, tallying and comparing it still occupies my time on occasion.   So needing to take the trash to the dump to free up the trailer to collect a disc and ripper for Bamm Bamm provided just enough reason for me to do some trash talking (OK typing) .

Below is a photo from 2010 of the trailer full of black plastic mulch and the farms other trash ready to head to the Two Pines Landfill in Sherwood. 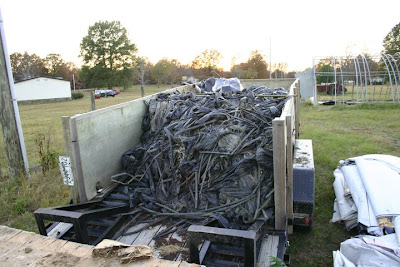 Instead of burning it, we load up the trailer with the farms waste output for the year and take it to the dump. 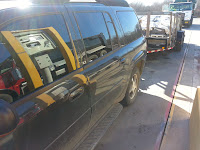 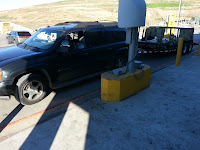 The before pic on the inbound scale and the after pic on the outbound scale.
2012 was a record low year with only 460 pounds of waste.
The switch from black plastic to used Billboard tarps has not only paid off by saving money on isle maintenance (less mowing),   but fewer trips to the land fill too. 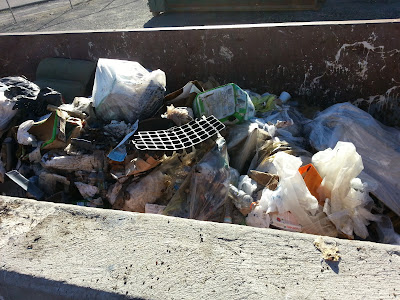 Less of this:
More of this: 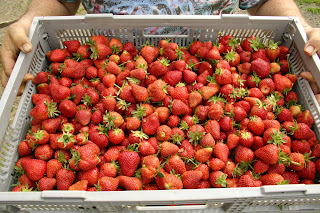 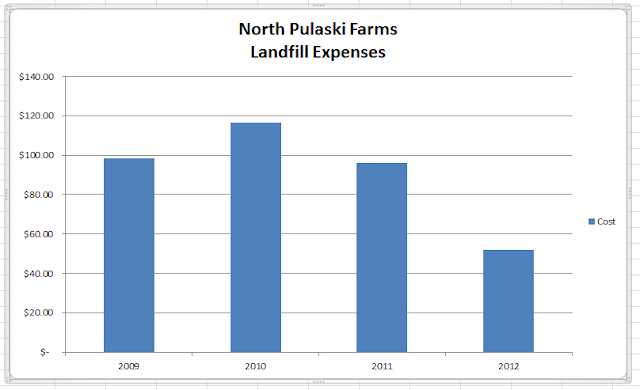 Once a geek, always a geek I guess.